What catches the spectator’s eye while gazing at the figurative paintings of Malù dalla Piccola, Julian Simon, Annabelle Agbo Godeau, Maxime Biou, Tatiana Pozzo di Borgo and Sergey Kononov is the highest degree of their technical virtuosity, seemingly long gone from the art world mainstream. This fact had become the starting point in elaboration of the present group show, which brought together young artists, until now largely unfamiliar with each other’s practices. It also turned out that despite coming from different social and geographical backgrounds, these painters share much of their imagery, rooted in domesticity and intimacy. Maxime Biou, Tatiana Pozzo di Borgo and Malù dalla Piccola equally depict everyday household objects, such as eggs, empty boxes, flower pots, aprons, cups. Sergey Kononov, Maxime Biou and Malù dalla Piccola paint detailed, psychologically precise portraits of their friends, sometimes sleeping or undressed, in the home-like environment. Malù dalla Piccola and Tatiana Pozzo di Borgo create naked or semi-naked self-portraits, striking extravagant poses, as one can only do when nobody is watching. Annabelle Agbo Godeau and Julian Simon stage the situations of romance, meditation and vulnerability, drawing inspiration from the nightlife and cinema. Self-contemplation, experience of one’s own personality is the common center of interest for all these artists. Their paintings, featuring no or just a few “modern” objects, appeal to the pristine ideal of the artwork as a masterpiece and a subject of philosophical reflection. Historically informed in their style, Soliloquy’s canvases are capably re-enacting some more or less remote episodes of the past: from the 17th century Italian Baroque to the late 20th century American Realism. Although, the aesthetic interest of these artworks, taken as a whole, extends further. Nobel Prize-winning writer Joseph Brodsky used to call himself the “servant of the language”, stating that his poems don’t flow out of his “consciousness”, but instead are “dictated” by the language living within him as an autonomous being. In the same sense, Soliloquy’s participants are the “servants of the painting”. While thinking about multiple correspondences between these artists’ symbolic vocabularies, about meditative atmosphere of their canvases, as well as about skill-demanding and time-consuming production processes, peculiar to all of them, one starts to guess, that at a certain level of excellence the “talent” gains sovereignty over the artist’s “reason” and finds the way of self-expression pleasing only to “itself”, regardless of the current art market conjuncture. This lack of attention to the art world’s trends is deeply symptomatic. A few years ago, Pierre Huyghe suggested that soon the term “contemporary art” – i. e. something minimalist, snobbishly intellectual and politically charged, as we perceive it today – would mean not a period in art history, but rather a movement, among numerous other movements making part of today’s diverse creative landscape. And Soliloquy’s participants, beyond any doubt, witness in favor of this opinion. 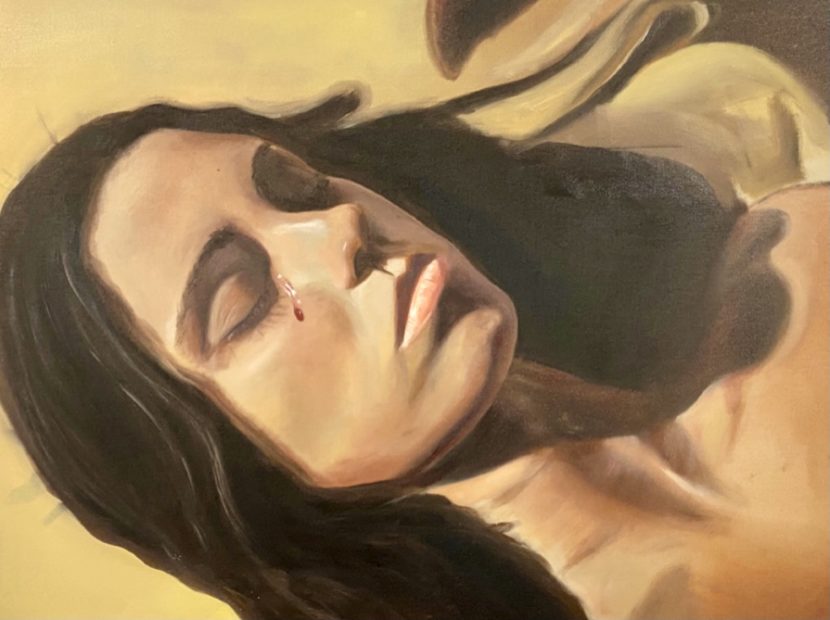