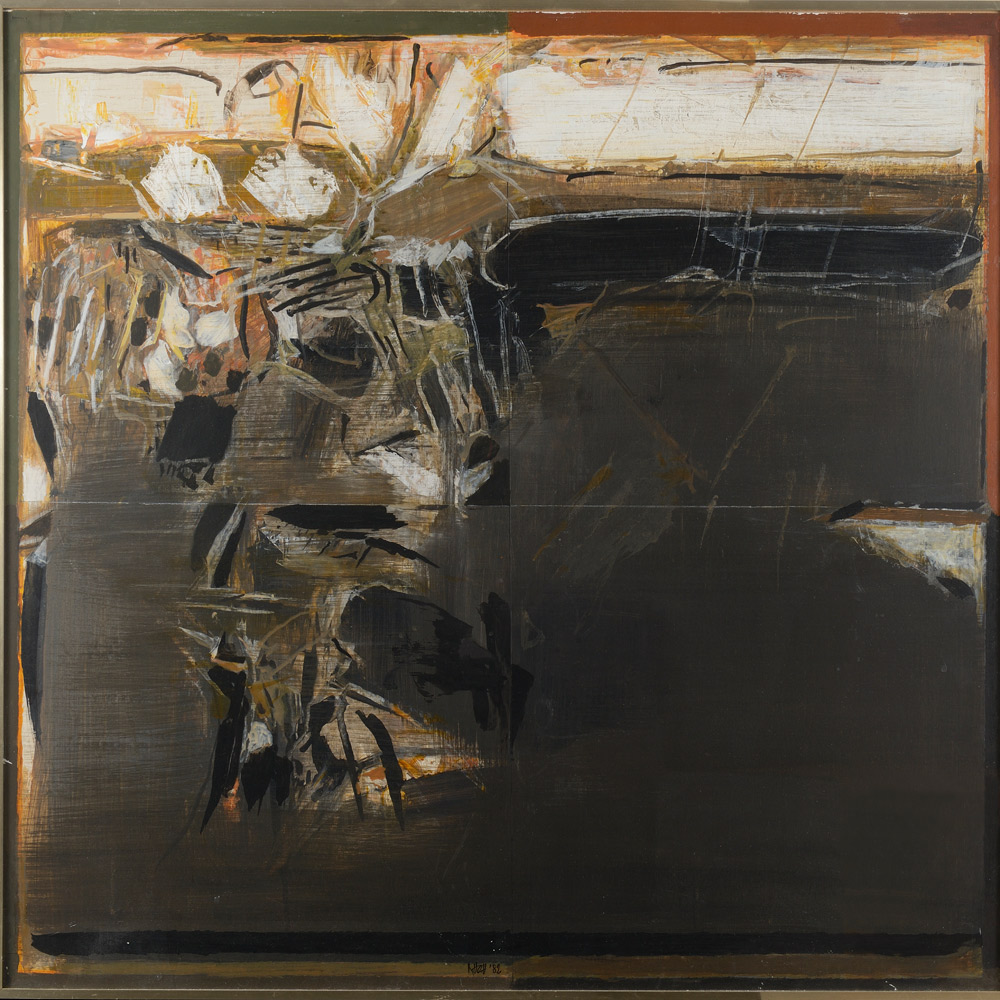 S.H. Raza is a contemporary Indian painter born in 1922 in Barbara, India.

He studied painting at the Nagpur School of Fine Arts before continuing his training in Mumbai at the Sir J.J. School of Art. In 1947 he became a founding member of the Progressive Artists Group. His long lasting ties with France began in 1950 when he obtained a grant from the French government to study in France. From 1950 to 1953, he studied at the Ecole Nationale des Beaux-Arts in Paris. His training and talent lead him to the 1956 Prix de la Critique, awarded for the first time to a foreign artist.

His work reflects the influence of Western culture and Eastern philosophy, but also of nature and elements of his childhood. The recurring motifs in his work, the black dot and the circle are the incarnations of the Indian spiritual symbols of the bindu (point) and the mandala (circle) at the same time that they can be considered for their full plastic quality. To watch a painting of Raza is to indulge yourself with the experience of a contemplative and transcendental meditative pause, his paintings full of warm colors that resonates are sources of energy and creativity.

Raza married French artist Janine Mongillat in 1959, together they spend many years in France in the village of Gorbio. He received the Padma Shri from the Indian president in 1981. He participated in numerous solo and group exhibitions in France and abroad, including the biennales of Venice, Sao Paulo, Menton, or the triennial of New Delhi.